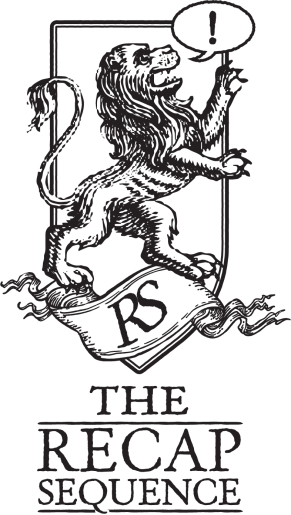 (SPOILER ALERT: This recap contains details about last night’s episode of “Game of Thrones”. If you haven’t watched it yet, you may want to stop reading!)

by Kyla Brewer
The Recap Sequence

For better or for worse, things are beginning to fall into place in “Game of Thrones,” which aired Sunday, June 5, on HBO. As the series approaches its finale, many characters are preparing for their endgame, whatever that may be.

Viewers were in for a surprise when HBO started the action with a “cold open” — a scene before the opening credits. The seventh episode of the season immediately rewarded “Deadwood” fans for their patience with a look at Ian McShane as a pacifist septon known as Brother Ray, a far departure from his role as foul-mouthed pimp in the aforementioned series. In the opening scene, he was shown leading a commune of fellow peaceniks who appeared to be building a church. Right before the credits rolled, viewers got a glimpse of Sandor “The Hound” Clegane (Rory, McCann, “Alexander,” 2004), whom Arya (Maisie Williams, “Dr. Who”) left for dead at the end of last season. Brother Ray attempted to council The Hound against violence, but the fallen knight still seemed skeptical.

In contrast to Brother Ray’s humble, down-to-earth preacher, High Sparrow (Jonathan Pryce, “Tomorrow Never Dies,” 1997) showed his true colours as he urged Margaery (Natalie Dormer, “The Tudors”) to do her “duty” and sleep with Tommen (Dean-Charles Chapman, “Man Up,” 2015) – huh? Also, in a thinly veiled threat, he told her he feared for Olenna’s (Diana Rigg, “On Her Majesty’s Secret Service,” 1969) safety, prompting Margaery to meet with her grandmother. When High Sparrow’s septa wouldn’t leave them alone, Margaery slipped a note into Olenna’s hands (thank God…er… the gods!), as she told her to go home. Relief spread across Olenna’s face (and those of millions of fans) when she opened the note to reveal House Tyrell’s flower, confirming that the ever clever Margaery is just playing the “shoeless zealot.”

Later, Cersei (Lena Headey, “300,” 2007) once again approached Olenna in the hopes of forming an alliance, but a bitter Olenna countered with: “You’ve lost Cersei. It’s the only joy I can find in all this misery.” Ouch.

After Jon (Kit Harington, “Pompeii,” 2014) and Sansa (Sophie Turner, “The Thirteenth Tale”) convinced the reluctant wildlings to take on their fight with a little help from Tormund (Kristofer Hivju, “After Earth,” 2013) and a giant, they sought reinforcements on Bear Island. There, they approached Lady Lyanna Mormont (Bella Ramsay), the island’s de facto 10-year-old ruler, who’s already been described as a “badass” in countless blogs and reviews. It was actually Davos (Liam Cunningham, “The Numbers Station,” 2013) who convinced the young ruler to pledge her warriors — all 62 of them.

Despite her “generous” offer, Sansa didn’t think they’d be able to take back Winterfell with the troops available to them, but Jon believed they had no other choice but to attack soon. Later, Sansa wrote a letter viewers can only assume was to Littlefinger asking for forces from The Vale.

Bronn (Jerome Flynn, “Ripper Street”) made his first appearance of the season (yay!) alongside Jaime (Nikolaj Coster-Waldau, “Black Hawk Down,” 2001) — the best buddy team up since, well, Bronn and Tyrion (Peter Dinklage, “The Station Agent,” 2003). They arrived at Riverrun to take over for the bumbling House Frey. Unfortunately, Brynden “Blackfish” Tully (Clive Russell, “Thor: The Dark World,” 2013) didn’t want to tango with Jaime and essentially dared him to try to starve them out of the castle.

Yara (Gemma Whelan, “Gulliver’s Travels,” 2010) seemed to be having a great time on the lam with her brother, but Theon (Alfie Allen, “Soulboy,” 2010) was decidedly less comfortable surrounded by half-naked women and drunkards. After a “pep talk” in which she told him he might as well slit his wrists if he was too far gone to be useful, Yara revealed her plan to sail to Meereen and make a pact with the Dragon Queen.

In a wonderful juxtaposition of scenes featuring The Mountain and Arya, The Mountain instinctively wanted to protect his newly adopted clan from a trio of ne’er-do-wells who may be part of Brotherhood Without Banners. Brother Ray flat out refused to take up arms and, of course, ended up dead (sorry “Deadwood” fans) along with all of the other members of the commune except Clegane, who set off on his own again.

Arya was on her own as well, having booked passage back to Westeros. Before she could depart, however, Waif (Faye Marsay, “Pride,” 2014) found her and stabbed her in the stomach. Arya fell into the water and later dragged herself out, only to stumble down a crowded street clutching her bleeding stomach.

This can’t possibly be the end for Arya, but who knows when we’ll find out what happens to her. Here’s hoping next Sunday’s episode opens with her survival story. Tune in to “Game of Thrones,” Sunday, June 12, on HBO, and don’t miss this week’s “Speaking of Thrones”. 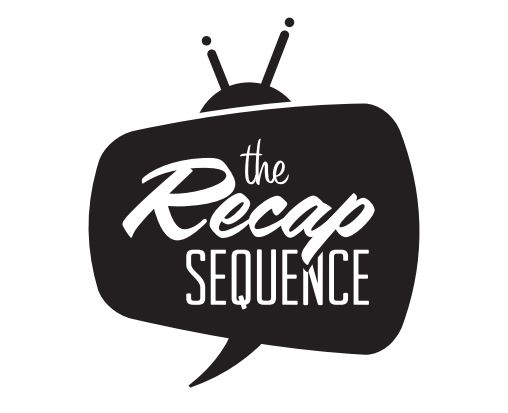